LinkedIn is the quiet powerhouse of the social media world. It has had a stock market performance that Facebook could only dream of. Since listing in May 2009 at $45 a share it now priced at $160. LinkedIn itself has gone from strength to strength with over 200 million users as of January 2013. 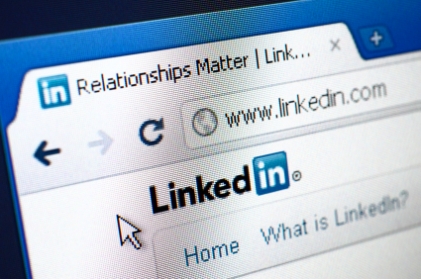 Founder and CEO of LinkedIn Reid Hoffman has also done very well from the business. With LinkedIns IPO he exited the company with over a billion dollars, adding to his already considerable fortune. Despite all of this LinkedIn is much less well known that some other Internet success stories such as Amazon, Facebook or Google.

This is unfortunate because there is a lot that entrepreneurs can learn from the success of LinkedIn. To help rectify that oversight here are the top 10 business lessons from LinkedIn.

Look For Your Hidden Assets

Over 90% of people who use LinkedIn do not pay for any of the premium services it offers. And yet LinkedIn is still a very profitable company. How did is achieve this? By charging recruiters to search and recruit talent on the site. The huge amount of data that is available about LinkedIn users is the sites hidden asset. While Facebook aims to make money through paid advertising, LinkedIn is able to provide a useful service for it users, connecting them with recruiters, and at the same time run a very profitable business. Many businesses have hidden assets that could create a whole new stream of income. Often these opportunities are found amongst the customers that you already have not the ones that you want to acquire.

Don’t Be Afraid To Remove Functions

In 2013 LinkedIn decided to remove its Answers section from the site. This was a well known part of the site where users could pose and answer each others question. While the answers section of the site was well known it was not well used by members. Many questions only received a few or no answers at all. It also required a fair amount of monitoring in order to keep politically and religious topics from causing problems. LinkedIn removed the function rather than allow it to distract them from their core focus.

One of Reid Hoffman’s guiding philosophies when looking for business opportunities is to go big. As he has noted whether you are working on a small business or a big business you still have to do roughly the same amount of work so you may as well go for the biggest opportunities. LinkedIn sought to dominate the online networking space for business professionals and it has managed to achieve this.

Become A Part Of Peoples Day To Day Life

One of the challenges that LinkedIn faced was that many users could only see the appeal of using the site when they were looking for a job. While they understood the value of LinkedIn they didn’t need it on a day to day basis. However to have a successful social networking it needed to have a deeper level of engagement with its users. To achieve this it added functions which would draw users back on a regular basis. To do this it made the site more social and content driven by adding in functions such as LinkedIn groups.

Hoffman has coined a phrase which he calls being “flexibly persistent”. The digital world that LinkedIn operates in, changes so rapidly that being too fixed in your goals does not provide the flexibility to succeed. At the same time if you don’t have a sense of where you are going and you aren’t persistent then you won’t achieve much either. What is needed is to be flexibly persistent where you move forward towards a target but you adjust as new data becomes available.

Reid Hoffman looks for opportunities to disrupt existing industries. He is not looking to simply improve a business or product slightly. Instead he wants to completely disrupt the status quo. By doing so he is able to become a market leader in this space. LinkedIn achieved exactly that by becoming a whole new way to manage your professional network and your career.

Boring Can Be Better

The first social networking sites such as Friendster and MySpace focused on appearing sexy and fun. LinkedIn on the other hand was entering a traditionally boring space. However as we have seen LinkedIn is one of the only social networking sites that has not only survived but has even thrived. Sometimes the best opportunities are not with those that on the outside look the most interesting.

Think about Your Long Term Customer

In the early days of social networking it was believed that people would use them primarily for activities such as dating. However that presented a problem because users would either find someone and leave the network or they would become frustrated and give up. The model guaranteed a high churn rate in users. LinkedIn instead focused on a model which would allow them to retain its users for the long term. Because LinkedIn has become the place that business professionals manage their career and network, once they join they tend not to leave.

Good Luck Is Found In the Opportunities

Hoffman perceives the idea of good luck a little differently to many people. When most people think of good luck it is something going well for them or their business succeeding. Hoffman instead says that good luck is being presented with an excellent opportunity that you can then pursue. That opportunity is the good luck but it is still up to you to do something with it.

Your Network Is Your Greatest Asset

LinkedIn is of course the embodiment of the value of your business network. But it was Reid Hoffman’s own network that played a crucial role in the success of LinkedIn. As part of the “Paypal Mafia” he had access to capital and talent that would allow LinkedIn to capture the entire online business networking space. Whether you’re just starting out as entrepreneur or you have a few wins under your belt, your network will be invaluable to your success.

Author Bio: Tom writes for valuator – click here to see their business tips. He is a freelance writer from Portland USA.