Here below is a Collage of Web 2.0 logos which were started on or before 2006 during Web 2.0 Submission . This Collage is designed by Ludwig Gatzke

After 3years Meg Pickard decided to update the List and did that and Marked those Companies with different Symbols in which the Pink Crosses are those companies which are now Shut Down (Dead) and the Green Circles are those Companies those have been Acquired by Some Other Companies . Those Logos have both the Marks means they have been acquired twice. 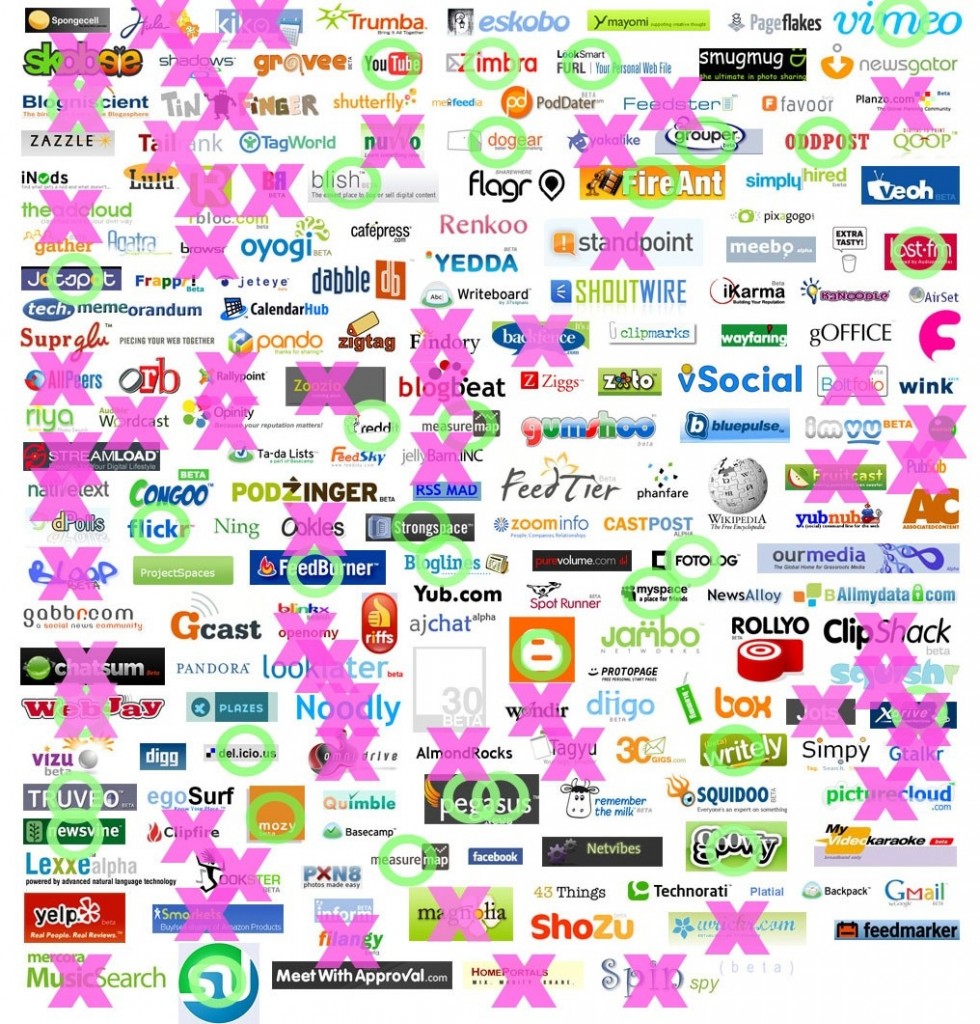