Mass transit systems still dominate transportation systems in cities worldwide. Fast, safe, efficient and reliable, urban train systems also offer commuters an experience that can never compare to any other transport mode in the modern world. Train commuting to and from work has its own brand of sociology and commuter behaviors vary from one urban center to another. If you happen to be an avid observer of people going about their normal everyday business as commuters, the experience can be amusing. 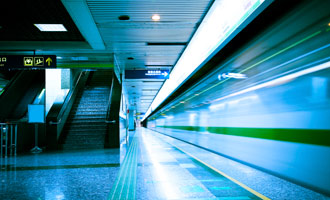 Morning rush hour train rides are the most physically challenging. Long queues, packed turnstiles, jammed platforms, and even more packed train coaches allow you a peek into how the typical rat race morning starts. As personal spaces begin to shrink you begin to ponder on how awkward situations in packed train coaches can somehow sharpen your senses or make you do things in the following peculiar ways:

Henry Conrad is a 29-year-old game developer from Albuquerque, New Mexico. Aside from gaming and being a tech junky, he also dabbles in creative writing, which allows him to create great storylines and backgrounds for his characters. Follow me on Twitter and join me in Google +