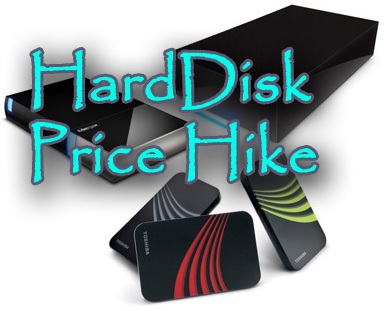 Flood ravaged Thailand in Mid2011 till jan 2012. Hundreds were killed. There was a Damage of around $35Million according to World Bank.

From the Last Year there is a Decrease of 2.6% in the sale i.e 124Million HD were shipped. There is no expectation of Growth until 3rd Quater. It is expected that in 3rd Quater there will be a Increase of 2% i.e 178 million and in the Fourth Quater around 185Million.

This Decrease in sale has affected Industry like Western Digital-Hitachi and Seagate-Samsung .

Friends the Price will not Decrease until Fourth Quarter of 2012.