There are lots of Start-ups in the Internet. Now a days their is a large increase of Mobile Phones, Computers and Tablets in the Market. And due to this the number of Start-ups are Growing day to day and the Technology revolution is changing to Open Source or Open System. And this become platform dependent, that means the platform you choose decides what you end up doing. 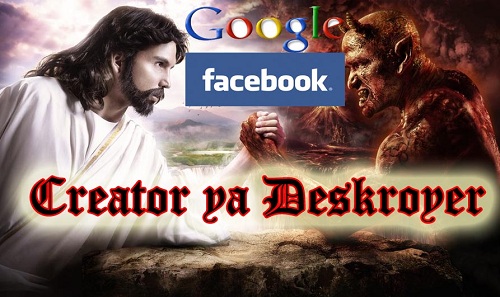 Android is the Most Popular Operating System in Mobile and Tablet industry because it is high Customisable and is open source which created the Ultimate Platform for people. It controls the whole mobile market virtually. Here one question comes, Does Google Created Android OS? Google hire Smart People for development and acquires many companies in order to create Smart Products.

Now Google has many awesome products such as Google Groups, Bloggers, Adsense, Android, iGoogle, Picasa, Maps, Earth, Desktop, Analytics, Docs, Sketchup, Goggles, Youtube, Talk, Chrome, Panaramio, Feed Burner, Gmail, WebM, Double Click, Voice, Flights, GoogleTV, Offers, Wallet, Shopping and Many other awesome products. But here the point is none of the above mentioned products are created or developed by Google. All of them are Different Startups and later acquired by Google with higher Price.

Let me show you some examples – In feb,2001 Google acquired Deja a Usenet and presently it is used by many as Google Groups. Blogger, one of the largest Blogging platform was acquired by Google in 2003 from Pyra Labs. In 2004 Google acquired Picasa, Ignire logic (Google Sites) , Google Maps (by ZipDash and Where2) . In August 2005, one of the Greatest Open source Platform Android was taken by Google by paying around $50,000,000. In 2006 he acquired Youtube . And by paying an amount of $12.5 billion Google acquired a mobile manufacturing company named Motorola.

Till Date Google has acquired around 122 Start-ups and Companies.

After this analysis, the Review comes that Google Doesn’t allow any other Company or Start-ups to reach the level of Google. The moment in which Google sees that it is becoming a threat, Google buy it by offering a Lucrative Price. All the time this is Done by Google and if he cant acquire the Company, it copies the whole idea and launch it in such scale that the company can never match himself at that Stage.

If we talk the Next Big Company after Google, Facebook comes. Facebook was started by mark Zuckerberg for Fun and no one have ever believed that he will be the youngest Billionaire. Facebook is in the list of many acquaintances to make the Social Network a better experience. Till date Facebook has acquired 33 Companies or Start-ups out of which 29 Companies in 2010.

Till Date Facebook has acquired around 33 Start-ups and Companies.

Now every personal data of yours are monitored by Google and Facebook in Windows , Mac or Android platform. If you plan to start a Company and Compete with Google or Facebook then is it Possible? It is not possible to develop anything like that, if you did then make sure either it will be acquired or copied by Google or Facebook.