When we calcualte the value of 10 Internet Years then it becomes Very huge because of the Rapid Development of Tools and Online Stuffs. 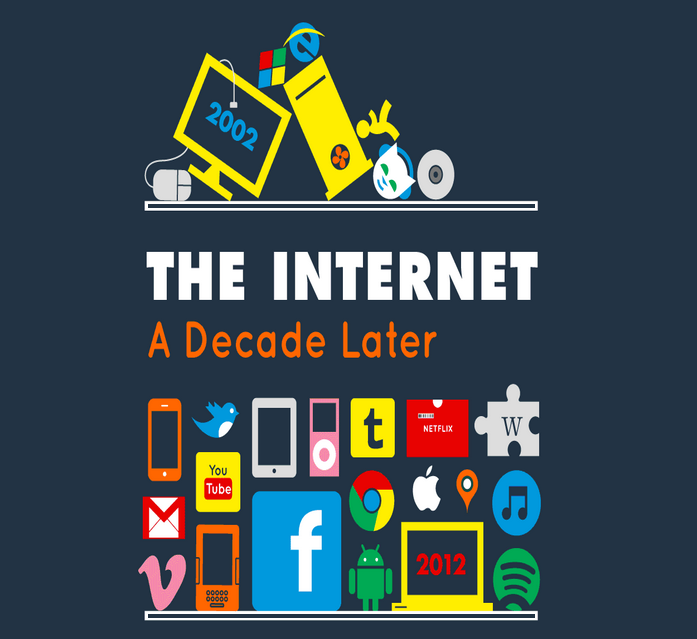 In 2002, we were using Internet Explorer, AIM, Desktops, where as now in 2012, we use Tablet, Twitter, Netflix, wikipedia, chrome, apple, gmail, facebook, android, Laptop and all.

In 2002, there were around 600 million users using the Internet but now in 2012 around 2.27 billion users came online which takes around 33% of the world’s polulation.

When we compare the Browsers the result was amazing , around 95% of users were using Internet Explorer but now in 2012 the figure is fully different, now there is a browser war between Internet Explorer, Firefox , Chrome and Opera to a little extent.

In 2002 Friendster launched and had a whopping of 3 million users but in 2012 Facebook there are more than 900 million users.

Here is the animated Infographic-