Electronic cigarettes are everywhere these days and if you’re planning to quit or simply replace your tobacco cigarettes, they are a good option for you. But there are a few things that we bet you didn’t know about them. Let’s see what they are! 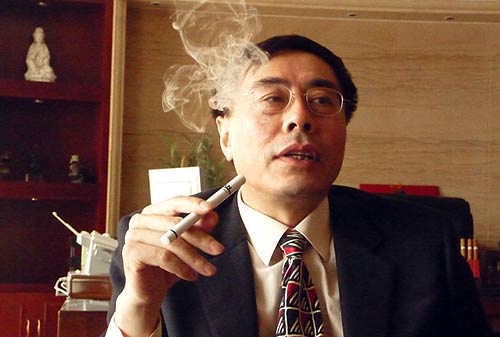 Although this happens very rarely, you do get a leaky cartridge once in a while. It’s not that the brand you’re going with makes bad products, it just happens! What is there to do in this case? Well, you can choose to do one of two things: one, toss it in the bin, mutter a few curse words and pop in a new one or you can choose to file in a complaint and get the company to give you a new cartridge. The most important thing you can do is choose a good company – one that will gladly replace your cartridges. Electronic cigarette tree has a must read page and a funny one, might I add, where electronic cigarette smokers can air their grievances about various electronic smoking devices. A type of Festivus, which Seinfeld made so popular.

Most people who use electronic cigarettes or who have heard of them think they were invented by a Chinese pharmacist named Hon Lik in the year 2000, but in fact that is partially untrue. The first man to come up with the idea of a smokeless cigarette which would provide vapor instead of smoke was an American called Herbert A. Gilbert. In 1963 he actually patented a device that worked very similar to todays’ electronic cigarettes. But should we actually say that Herbert A. Gilbert invented the electronic cigarette? Most think we should not. He invented a type of electronic cigarette, not the one we use today; in fact they are quite different. Gilberts’ device used only air that would heat up and release no visible vapor. Today’s modern e-cigarettes use cartridges with nicotine and various flavorings that produce vapor when heated by a coil activated by the internal processor. A bit more complicated and modern, we think. Still, people should know about the American man who was ahead of his time, but they should also give credit to the amazing Chinese man who has created something that will benefit millions of smokers.

What Do the Studies Say?

Although there still isn’t an official response from the FDA about the safety of electronic cigarettes, they are surely on their way to being recognized as a safer option to smoking tobacco. Berkley University has done research and stated that electronic cigarettes have a great chance in reducing tobacco-related mortality and morbidity.