Most of us use Microsoft Windows as our Default Operating System. Microsoft has been working on its upcoming Operating system named as Windows 8 and now a Windows 8 Consumer Preview is Available for download by which user can experience some features of Windows 8 . 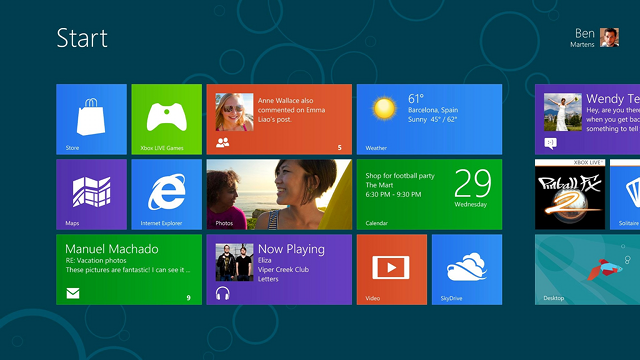 All you need is to Download the  Consumer Preview Setup package from the Microsoft website.It will decide which version of Windows 8 is right for your system. If you want to perform an upgrade, it will tell you which of your apps are compatible with Windows 8. It would grab you a product key, and download any tools you may need to create an ISO or bootable flash drive. Though, you may also grab a regular ISO image , in both 32-bit and 64-bit versions.

Install the Consumer Preview of Windows 8 and enjoy features.

Microsoft has released the Comsumer Preview of its Upcoming Operating System named as Windows 8 . And now the Theme of Windows 8 has been released. A new theme named as