Mozilla Firefox is one of the most widely used Web Browser in the internet. In last few months firefox is contineously releasing its updated version. About 6month ago it had released Firefox 4 and now it has already released version 7.
The new featues that are added in the latest version of Firefox are its performance inprovement, UI tweajs and some other changes.
YOu can download the latest version of firefox below- 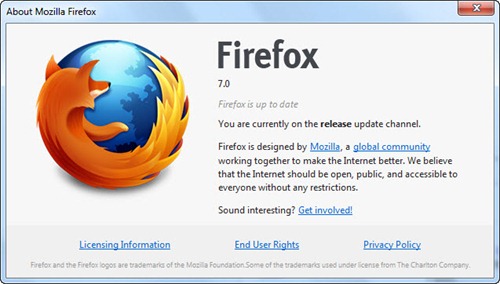 The major changes in this version of firefox 7 are-

No more ‘http.’ and the trailing slash in the address bar.