Recently Facebook has nounced its increase in limir in status update to 62,206 Charecters. 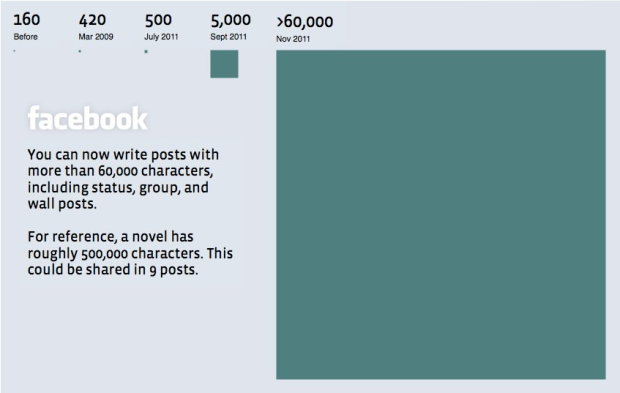 Still Facebook doesn’t let you go on as long as Google+. There the limit appears to be 100,000 characters.