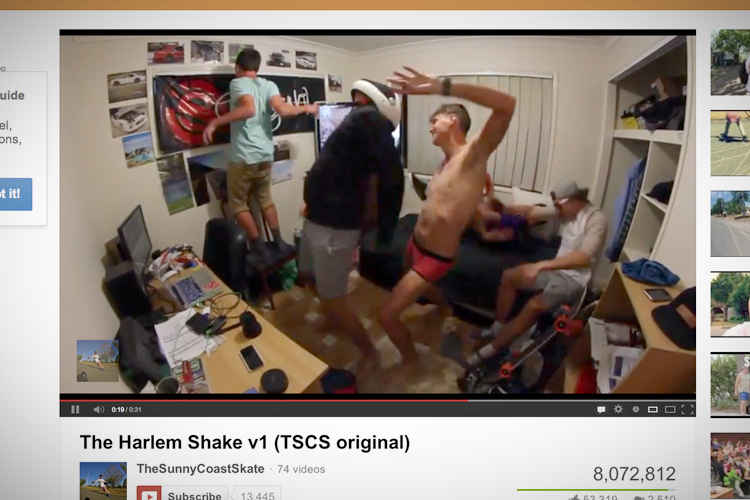 The Gangnam Style dance craze was done in Offices, Universities and even on museum and all of them became Viral. Now the Harlem Shake Dance has began. The dance was of 1980s but currently it has became an Viral Electric track by a 23year Old Brooklyn DJ Baauer who had released this song in his album last year.  The teenagers’ video, in its turn, was a follow-up to a video by a YouTube comedy vlogger named Filthy Frank. The dance itself is defined by Urban Dictionary as ‘An eccentric upper body dance move that involves the shaking of the upper torso and shoulders.’

Often the Video is started with a masked man, dancing while everyone else paying no attention but when the chorus kicks all join at a time, usually wearing cray costumes.

Youtube has claimed  As of February 15, about 40,000 Harlem Shake videos had been uploaded, totaling 175 million views.

Here is the Original Meme Video –

Some Other Top Trending Harlem Shake Videos are-