Previously I have posted about the Angry Bird Space game which was the most viral game ever. Have you downloaded and played the game?

3days a ago some one said that he have a Full Version of the Angry Bird space which he got without paying anything. One of my friend took that and installed in his computer but after that his computer crashed. 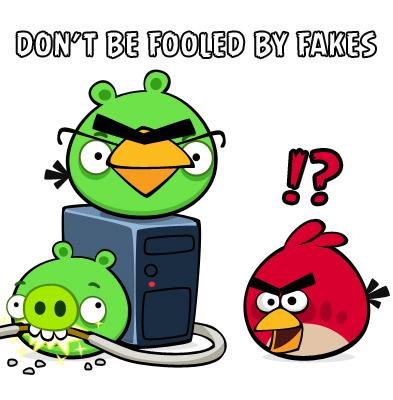 I suggest all of you to download Any Version of Angry Bird from its official site only, the links which I have given below. Make sure that the game is produced by Rovio. If you are downloading in any android then make sure that the developers are Rovio Mobiles.

The Fake Appications just look like originals but it contains malwares which affects your PC and Mobile Devices.

I know that many of you must be searching for cracked version of the Angrybird Space but this time be warned before using it in any device.

I suggest you to Download the Game from the Following Sites-