Before we begin, let me give you two sample sentences:

“Their clearly not trustworthy, because what they said was definately full off inconsistencies.”

“You’re going to have some trouble proving your point, as he’s a radical whose beliefs are rock-solid.”

Assuming that those sentences were typed by two different people, which one will you be more likely to trust?

Why Good Grammar and Spelling Matters in the World Wide Web

You may not think that this is a big deal on the Internet, especially when many social media posts and online communities let most grammar and spelling errors slide in favor of acronyms and extreme word contractions. But, as was pointed out on a fairly recent post on the RingCentral Small Business Blog, “the words we write and share [on social media] reflect our credibility”.

Given the fact that employers are now including social media in their applicant screening process, it’s very important that you pay attention to your grammar and spelling when putting anything online. This is especially true when the person responsible for your career is someone like Kyle Wiens, who basically declared that he refuses to hire people who use poor grammar. According to him, people with bad grammar don’t care about details. He’ll probably make exceptions for people with dyslexia and the like, but he’ll otherwise judge you as unreliable if you can’t see the difference between “its” and “it’s.”

No matter how valid and well-argued your statements are, they’re still not going to take you seriously. When your written arguments are littered with grammatical and spelling errors, you’re implying that you don’t care enough about the idea to communicate it clearly. It’s the kind of attitude that turns off an audience that would have considered you an authority if you’d spelled the word “definitely” correctly. 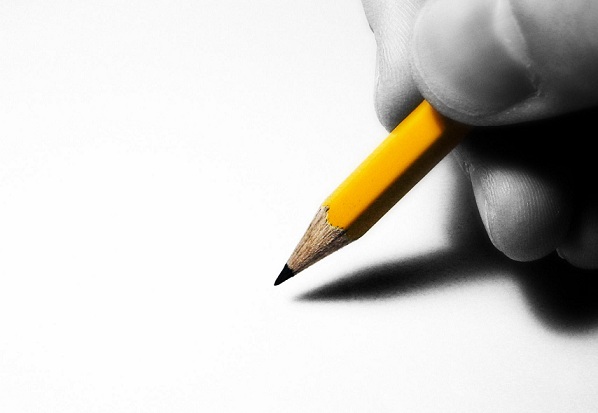 How to Avoid the Worst Grammar and Spelling Gaffes

The only way to get your grammar and spelling habits in order is to keep working on it until writing clear and concrete sentences becomes as natural as breathing to you. It takes time and a whole lot of effort, mind you; but in the end it’s going to be worth it. Much besides, it’s not as if mastering the written word is impossible – there are certainly some resources out there that can help you.

Google – Not sure you’re using the right words in the right context? You can always Google it. It’s the quick and easy way to figure out if you’re supposed to be using “whom” instead of “who”. Google also lets you find independent one-shot articles that give you a quick rundown of common grammar and spelling errors that you should avoid.

The Oatmeal – The Oatmeal may not be a site dedicated to grammar, but it has some of the most entertaining graphic posts on the subject of grammar, spelling, and how people often get them wrong. If you want to learn AND be entertained, you should check out the grammar comics on this site.

Grammar Girl Quick and Dirty Tips – If you want great laser-focus tips of getting your grammar, spelling, word choice, and writing style straight, you need to pay a visit to the Grammar Girl. She’s a true-blue authority on the subject of written communication, and her points are always articulated in a way that makes everyone at ease.

So now that you know why it’s important and how to make it work for you, why not do things this way?