We use Facebook to Connect with Friends and Colleagues online . Many of us stay online for the whole day. Facebook has a Nice Feature named as Facebook Groups which now a days is much popular . I have Joined / Forcibly Joined in almost 250 Groups. 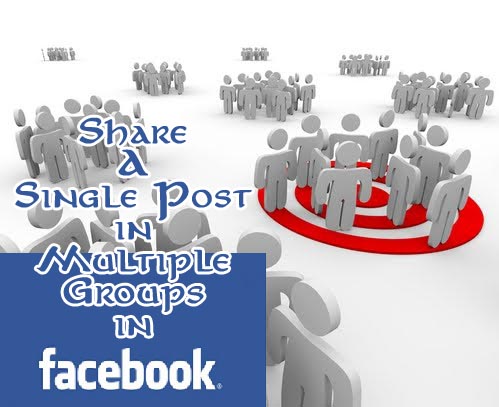 Most of the Bloggers Get Traffic by Posting their Links in Different Facebook Groups and actually it works some time. So Posting in so many groups one by one takes a Lot of time . So, I have a Solution for this. I have a Method using which you can post in all the Groups at a time. You can do everything in Just a Single Click.

There is a Site named as HexColor.in which allows use to Post a Single Post in Most of the Groups at a Time. All you need is to Approve your Facebook account then it will show you the List of Groups which you have joined after that it will ask you to Describe the Post by adding Message, Image and Link. Thats it after that Select the Groups in which you want to Publish you can also select all from the Select all Option. After that your Post will get automatically get Published in all the Groups. 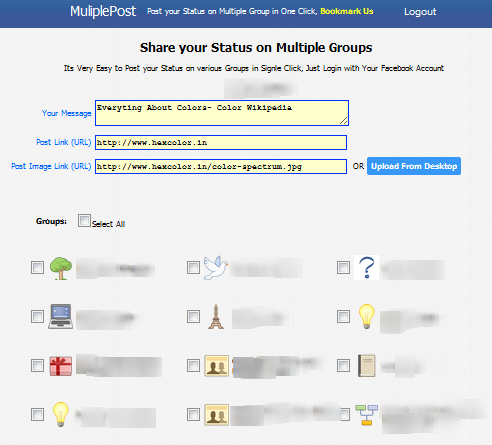 After that your Post will get automatically get Published in all the Groups.