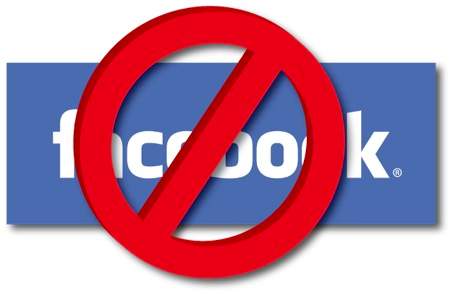 This is the Question which I have heard hundred of times from my Friends from the day the Rumor / Hoax has been started spreading. You must have seen this in the news or from any friend who have shared with you.

The news is that-
” Facebook is Going to shutDown o March 15th , 2012. Mark Zuckerberg has reportedly found running the site just too stressful. “ 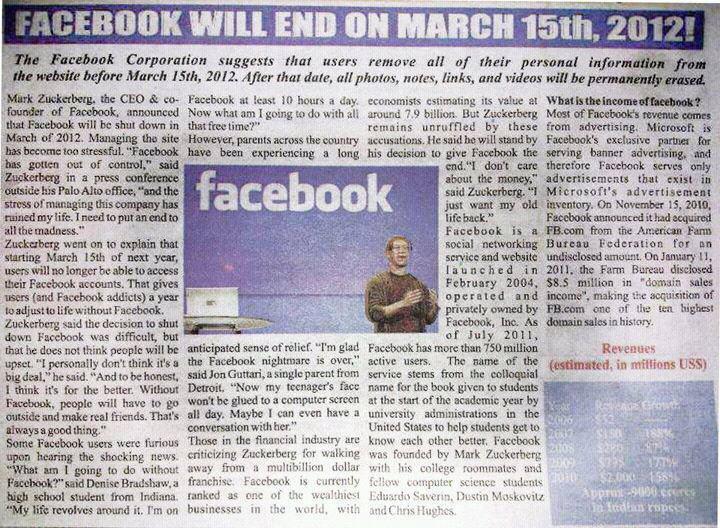 This news was first spreaded by the website named as Weekly World News (WWN). But its a Hoax / Rumor . This news in the WWN who claimed abt the end of Facebook became the Most Popular news till now and got the highest comments over 22,000 comments.
So dont worry Friends , Just Chill Out and increase your Friends in Facebook. And one thing I want to suggest all my dear friends that Facebook is not the only Social Networking site . There are many new social sites like “Google Plus” , “Pinterest” , “Zurker” , “imo.im” , “Wakoopa” and a lots of famous Social Sites . Join them and Enjoy new Features.