Here is an post about which I have marked during Chatting.. 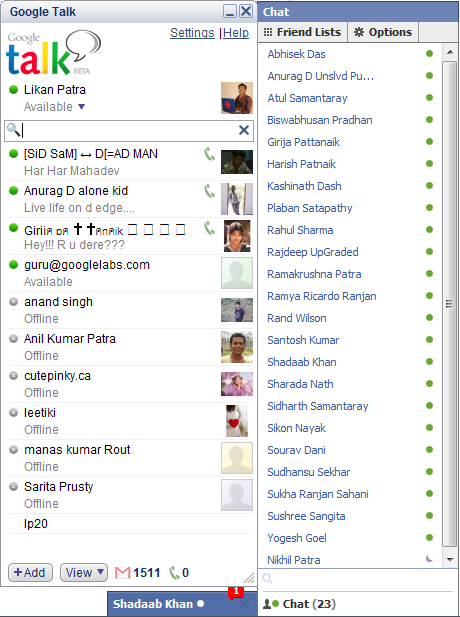 When google charted the service many many people used the service.It was one of the most successful product of google.  Many people come online and chat each other. All we needed is a gmail id. But this worked till December 2010.

Facebook Chat was started on 2008 but it was primarily used by many users in
late 2010. Now it is blasting at a very high rate.

This thing Happens because Google doesn’t have any Social Networks where anyone will spend time. Most of the Google Chat users have moved to Facebook where they can become social and chat each other.